While several industries have been impacted in recent years by upended supply chains, few have experienced the level of disruption that the electronics industry has endured. A shortage of microchips, in particular, has been a driving force behind production delays and increased costs.

Fortunately, manufacturers and governmental figures alike are actively taking measures to ensure that the demand for products like printed circuit board assemblies can be appeased. A significant part of this strategy for solving the shortage of semiconductor components is to invest in the process of bringing their production stateside.

The CHIPS Act, which stands for “Creating Helpful Incentives to Produce Semiconductors,” was originally drafted to address the previously mentioned concerns regarding the disruption of the worldwide chip supply chain. By providing subsidies for wafer manufacturing research and factory construction projects, as well as creating significant tax incentives, the CHIP Act lays the groundwork for a more self-supported, domestically based stateside chip manufacturing ecosystem. As a result, the CHIPS Act is expected to reduce US dependence on foreign resources and ultimately put power back into the hands of US electronics companies and their supply chains.

In addition to enacting subsidization measures to encourage domestic manufacturing growth, the CHIPS Act also works to limit reliance on overseas companies by restricting investment opportunities for semiconductor technologies from China. By limiting subsidization benefits to companies who work primarily within the United States, the domestic microelectronics industry remains competitive and poised to flourish.

Working to Solve the United States' PCB Supply Base Problem

Before the semiconductor shortage began wreaking havoc on the supply chain, the printed circuit board industry in the United States was already waning in resiliency. While the domestic industry once accounted for thousands of PCB manufacturing companies, that number has dwindled down to fewer than 200.

In addition to PCB manufacturing companies dropping in number, the relevance of American semiconductor manufactures has diminished as well. While US companies once accounted for nearly 40% of the industry's processors, presently the domestic production reaches only about 12%. This reduced manufacturing capacity has not only resulted in US businesses depending more heavily on overseas resources— it has also required the US military to rely on foreign processor manufacturers, which has been the cause of concern for many.

The diminished supply bases of both the PCB and Semiconductor industries can certainly be named as a couple of the reasons why the current electronics landscape is so dismal. The recently passed CHIPS Act is just one attempt to partially reverse the diminishing power of the domestic industry, with the hope being that these measures will not only serve PCB manufacturers and assembly providers, but also ultimately benefit the customers. 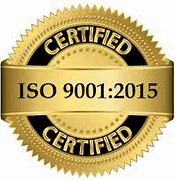